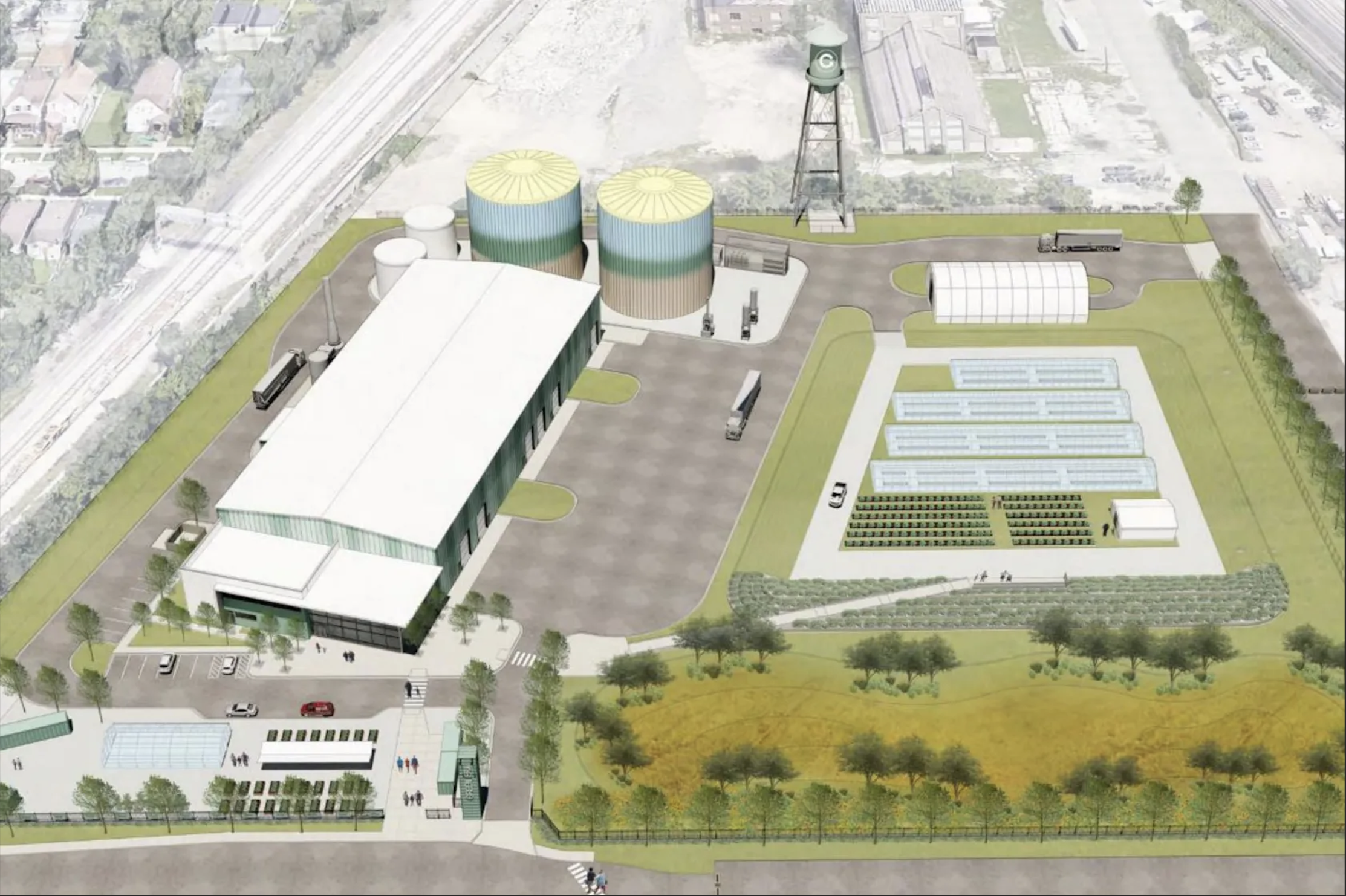 An urban farm to bring green energy, jobs to South Side

A large-scale urban farming campus that promises to bring jobs, fresh food and renewable energy to Chicago’s South Side is getting a financial boost from the state.

That money, along with a $1 million loan from the Illinois Environmental Protection Agency, allowed Green Era to secure the final bit of funding needed to develop the $32 million project on the 9-acre land that is a brownfield site.

A brownfield is a site that is considered to have hazardous materials or pollutants in the soil and must be remediated before development can take place. Green Era has been cleaning it up over the last several years.

Erika Allen, co-Founder of Green Era, said they have worked to secure funding for the project for almost 10 years and to know by spring 2022 the campus will be fully operational is exciting.

“I’m really excited to have our young people see that their hard work paid off,” Allen said. “Not only will we be providing jobs that will give living wages, but it is reassuring that folks don’t have to leave their community to get a good job.”

Green Era also got a share of the inaugural Chicago Prize, announced on Thursday by the Pritzker Traubert foundation. Splitting that $10 million award with Green Era was a “healthy lifestyle hub” at 79th and Halsted streets.

The Green Era operation, on the northwest corner of 83rd and Wallace streets, is expected to create 240 construction jobs for the development of the campus and 47 permanent jobs for the community with hundreds of other contracting opportunities.

“For years, this project has been a brilliant idea on paper lacking the funding to get off the ground – and the brownfield where we now stand has been vacant for decades more,” said Gov. JB Pritzker. “But this is a project that combines capital investment with renewable energy, food production and access with climate-smart job training programs and education, new work opportunities with a community hub.”

Green Era is also partnering with Black Chicago Tomorrow and the city to develop workforce training; local residents and formerly incarcerated individuals will get priority.

The campus will have a 13,000 square-foot greenhouse — room to grow 14,000 pounds to 26,000 pounds of organic produce a year. It will be sold on site and through the group’s mobile market. Urban Growers Collective will run the farm and the programming.

More importantly, the facility will be a hub for developing green energy using recycled materials. Green Era plans to compost 85,000 tons of recycled food waste at the facility, producing methane gas that will in turn be used to generate renewable energy.

Generating energy through composting will reduce carbon dioxide emissions by 42,500 tons per year — the equivalent of taking 9,182 cars off the road.

“We are headed in a new era — which is why we are called ‘Green Era’ — where we have to consider the environment and it can no longer be an afterthought,” Allen said. “As industry shifts in response to climate change and as we become more [climate] resilient, we want to make sure the South Side is fully able to take advantage of that new economy.”

Green Era has already secured a partnership with BP to sell the energy produced at the facility.

“When BP was approached by Green Era to collaborate on this project, we knew it would be a great opportunity to support sustainable neighborhoods in a city where our employees live and work,” said Janet Kong, a regional business leader for BP. “It also demonstrates how renewable natural gas can play an important role in decarbonizing the energy sector.”

The compost will also be available to residents with home gardens, Allen said.

“People can also get compost from us where they can pick it up or have it delivered,” Allen said. “Our delivery man can get them 5 yards of compost; they can also purchase plants and flowers for their gardens.”