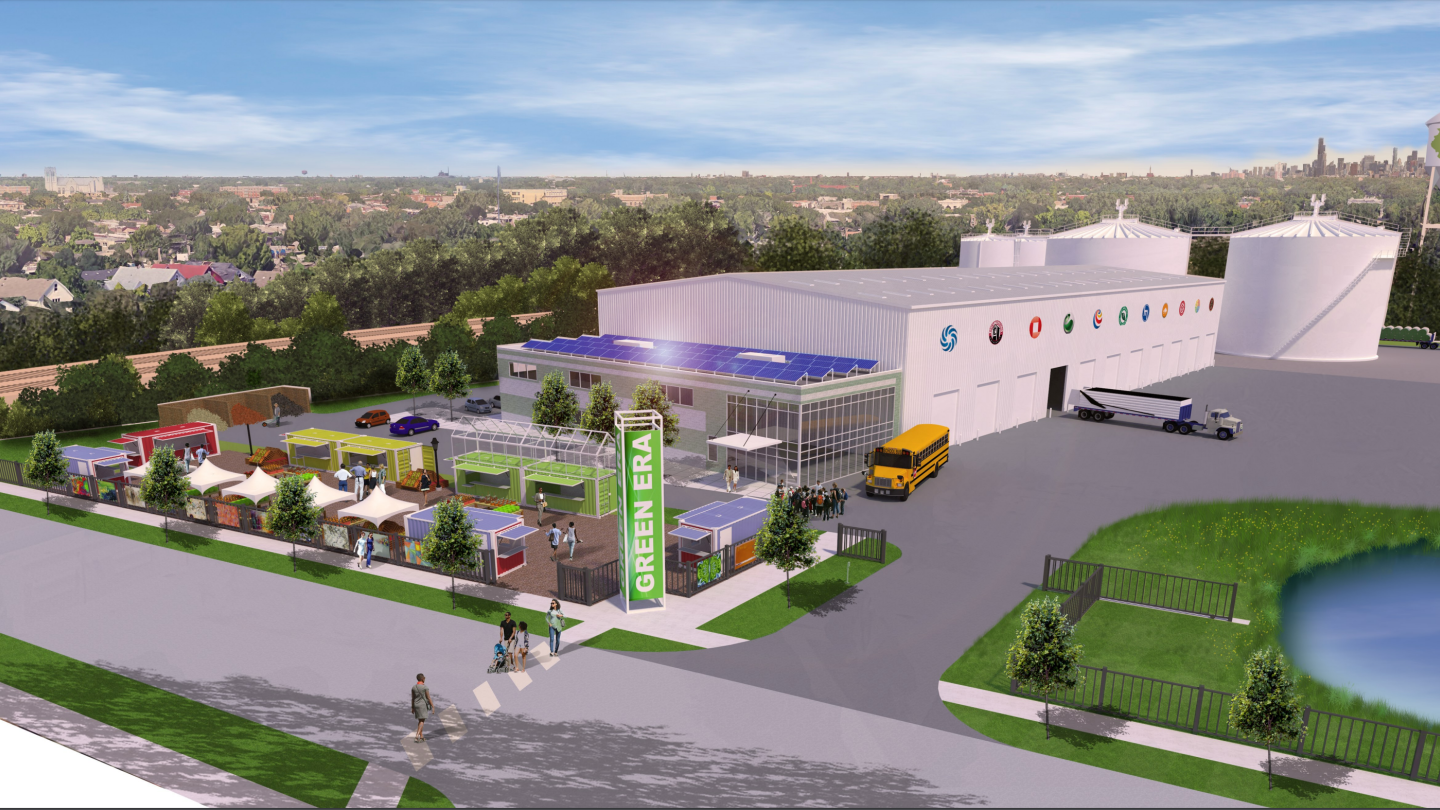 The farm, an outdoor marketplace and an anaerobic digester to turn food waste into fuel will be built on a brownfield site that formerly housed a manufacturing plant and a Chicago Police impound lot. The project is expected to be completed by spring 2022.

Gov. JB Pritzker said the Auburn Gresham project is “exactly the kind of 21st century vision that deserves our investment.”

“For years, this project has been a brilliant proposal on paper lacking the funding to get off the ground — and the brownfield where we now stand has been vacant for decades more,” Pritzker said at a press conference on the campus site.

The green industry campus is one of two projects under the banner of Always Growing Auburn Gresham, alongside plans for a a “healthy lifestyle hub” at 839-845 W. 79th St.

The neighborhood has been the focus of numerous government and philanthropic investments in recent months.

In June, the city’s Invest South/West program contributed $4 million for a health center at the healthy lifestyle hub, and the construction of a Metra station at 79th Street and Lowe Avenue will complement other projects in the area.

“This has been some week for my Auburn Gresham community,” said Carlos Nelson, CEO of the Greater Auburn Gresham Development Corporation. “The Auburn Gresham skies will be lit up with cranes and earthmovers as three large capital projects — all within a three-and-a-half block radius — will be under construction.”

The financial community is paying attention to neighbors on the ground who for “decades have had visions of what could be,” said Erika Allen, co-founder of the Urban Growers Collective. The collective will operate the urban farm.

“I feel like this is the beginning of this green era,” Allen said. “This is a South Side victory.”